How Katherina uses Titan to juggle multiple roles at work

Learn more about how Katherina, a consultant, educator, and musician, brings structure and professionalism to her work with business email 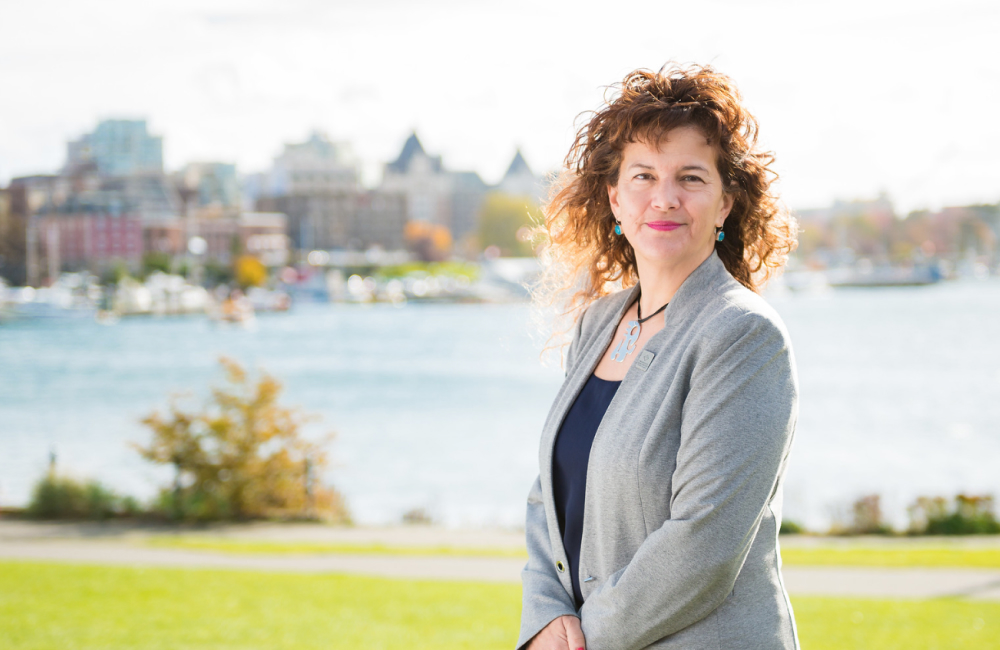 Katherina Tarnai-Lokhorst, P.Eng., FEC, an award-winning Social Science Researcher and Educator of Mechanical Engineering is a passionate leader in self-regulation and policy. She is the co-founder of The Lokhorst group—a consulting firm focused on making the engineering space more inclusive for women. Apart from working with large companies and organizations to develop inclusive policies, she also volunteers for various organizations and is a part-time musician.

All this to say, Katherina is a busy woman. And as it goes, “busy” tends to equate to an ever-growing inbox. With emails coming in for her teaching, consulting, volunteering, and musical gigs, Katherina’s inbox was becoming more and more cluttered until it became nearly impossible to keep up with.

Katherina’s preference for looking professional to her clients was a top priority from the get-go, so she started out with a professional email address at her domain for her role at the Lokhorst Group. She was using the server of her domain to send emails, which she found awkward and clunky, so she created a workaround wherein she forwarded her professional emails to her Gmail. Ultimately, this solution wasn’t sustainable, and she decided she needed something new.

“Right from the start, it was clear that we wanted to look professional. We wanted to present the work we do in a certain way, and Gmail or a college email address wasn’t the way to do that,” explained Katherina.

Katherina discovered Titan through one of Titan’s partners, WordPress.com, where she was able to try the business email solution free for three months. She noticed Titan email in her WordPress.com platform and thought that it could be the solution to restructuring all the work emails she receives. The quick and painless setup and simple, clean interface are what convinced her to try it out, and the easy-to-use, ever-expanding features are what convinced her to stay.

Titan’s practice of taking customer inputs and turning them into solutions was a selling point for Katherina as well, as she remarks, “I love that more features are coming on with each passing quarter. It’s been kind of fun. I feel like I’ve been a part of the process, a part of Titan!”

For Katherina, using Titan for her business email has added a layer of authority to her work. The Read Receipt feature has been especially useful for her with her students, where she can keep track of who has opened her emails and follow up with them accordingly. Additionally, she credits Titan’s quick and responsive Support Team for helping her in occasional moments when she’s found herself needing assistance.

Katherina has found that her biggest success with Titan has been in the way it has helped her stay organized by separating her work communication from everything else she has going on. “Gmail is so big, and there are so many emails that come into my Gmail. Even though I can sort them, I was losing emails. I needed a way to be able to separate my high-priority emails from the rest,” she explains. Where her Gmail is bogged down with personal emails, promotions, and other unrelated communication, her Titan inbox remains her top priority when it comes to work.

Since using Titan, she has been able to manage her multiple lines of work by having her emails automatically organized into separate folders. She created rules within her Titan mailbox so her emails are organized based on the nature of business or department of work. She’s implemented a seamless process of only keeping the folder with which she’s working open, closing the others as she progresses through her day. As she switches from one folder to another, Katherina juggles her many roles seamlessly as the sole owner of her business. “Titan is much nicer than Microsoft mail, less bulky than Apple mail, and more professional than Gmail,” she attests. “The value-for-cost is very high with Titan.”

Katherina, being a consultant, educator, and musician, values structure in her work more than anything. She admires the way she’s been able to restructure her day to better manage the work that needs to be done. The managed efficiency of her inbox now drives more value for her clients because of her better-optimized time and streamlined productivity. Alongside all of this, Titan has helped her create a brand for herself among her clients with each email she sends. There’s no doubt that, without Titan, Katherina would still have a flourishing and highly impressive career, but by making Titan her go-to resource for managing the many hats she wears, she has been able to take back a little more time in her day.